Take a look at these beauties! They are Floral with a capital F. They are also 100% silk.

I got them in the Save the Children shop in Whitby a really long time ago, but the swing tag is missing, so I can’t remember how much I paid. It was less than £5.

Inspiration for this project came from Stella McCartney Spring (“Resort?!”) 2013, also seen on Kirsten Dunst. It’s an interesting look – and it takes a brave person to wear matching florals – but it’s so fashion forward I just couldn’t resist. The top and shorts can always be worn separately. 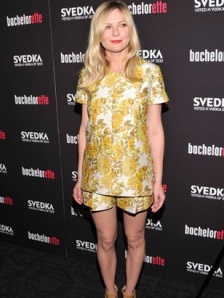 I began cutting, really hoping there was enough for the shorts and the top.

For the shorts, once they were cut to a roughly correct length, there was still the problem of taking them in. Not a straightforward dilemma. Especially since they are lined.

There is a zip up one side meaning it would have been complicated to take these in at the sides.

The simplest solution was therefore to take them in at the front and back at the crotch seam. You can see above that I pinned out quite a lot at the back and a reasonable amount at the front.

I then sewed a new crotch seam based on the position of the pins. (See below, this is one leg tucked into the other to show the crotch seam).

Then I cut off the excess and finished the seams with the overlocker, treating the lining as an underlining, and made a narrow hem on each leg.

The top was more straightforward. I had the offcuts from the trousers which were essentially two tapered tubes. I opened up the inside leg seam on both pieces:

I selected the piece with the most pleasing section of print for the front and sewed shoulder and side seams with the pieces right side together. Not forgetting to leave armholes and a neckhole! I actually left a small (2″) slit at the bottom of each side seam so that I could get it on and off. Here it is, one of the simplest things I’ve made so far.

Here is how the two pieces look together. Pretty smart! Although I have to confess that I have not worn the two pieces together since these pictures were taken… though I wore the shorts lots on my trip (you’ve already had a sneak preview here). 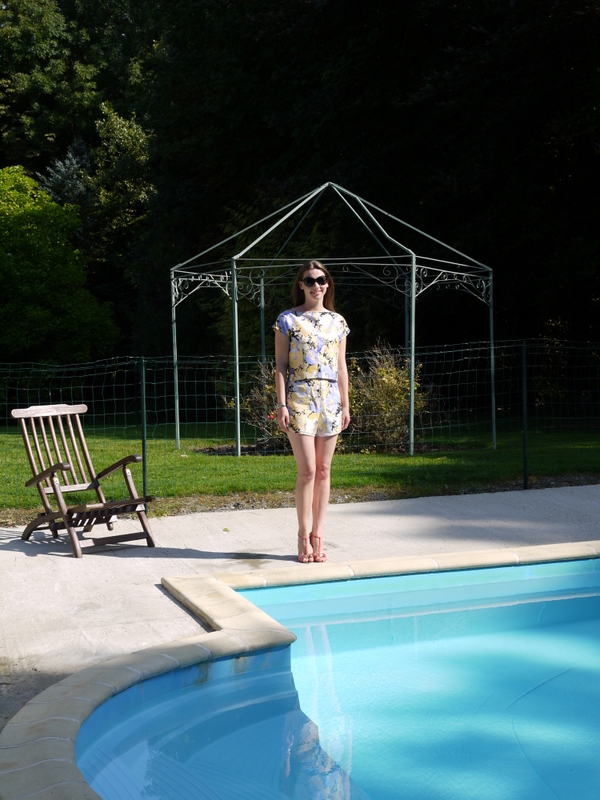 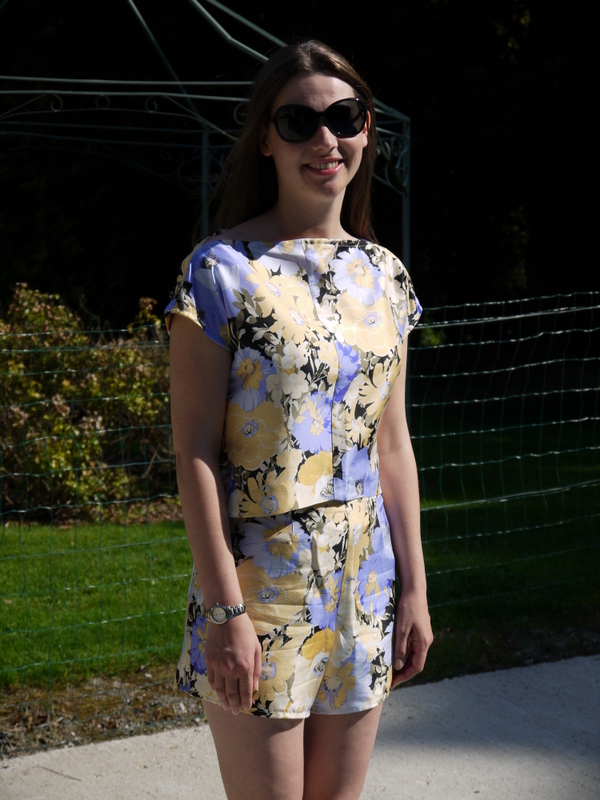