Check out this enormous robe I bought in the British Red Cross shop in Lewisham! I believe this to be a men’s garment, mainly because of the length, but I could be wrong. It has kimono sleeves and a slit at the neckline, with no fastenings at all. 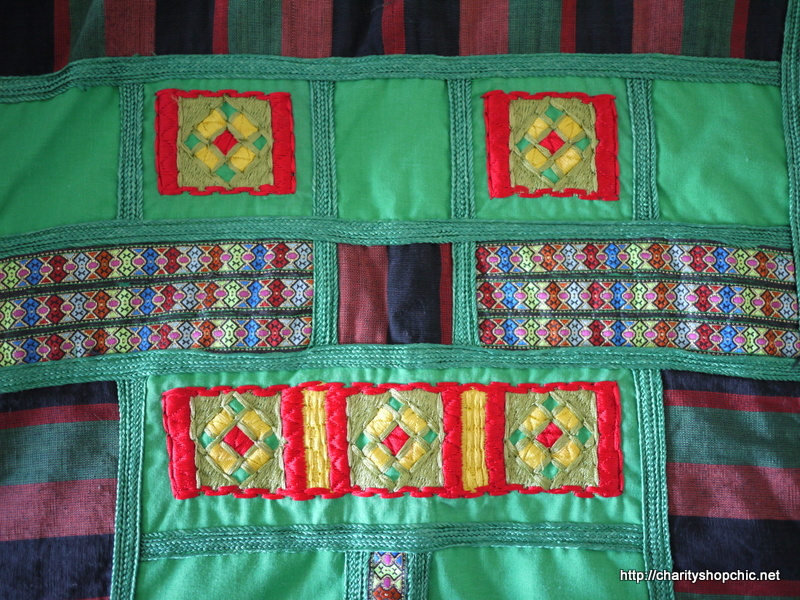 I am intending to turn this into a summer dress, so I drew out a pattern using my blocks. I rotated the front darts into one big dart, placed roughly where a french dart would be (left paper piece below). For the back shoulder dart I rotated it into the armhole as I was planning to leave the shoulder seams intact (back is the piece on the right). I have laid them out like this so that I could check that I was cutting the robe with enough length for both the front and back. I had to take a deep breath to cut the robe across the middle!

I cut up the side seams and folded the garment in half from left to right (down the centre front/centre back).

There was easily enough for the front, though the dart was hanging off a bit. Not a problem with careful notching.

I cut my front and back and sewed the darts, except the back shoulder dart. I wanted to make sure that it was in the right place so I waited until I could try it on to double check them.

I decided to cut a bit off the shoulders which unfortunately meant removing some of the trim.

I ended up finishing the shoulders where the green section met the brown and black bit. Once I had the armholes defined and darts sewn, I felt more comfortable placing the small darts in the back armscye.

I finished the armholes with some bias tape cut from the original sleeves, folded to the wrong side and stitched down.

Now – the skirt. I cut the required length from the bottom of the robe; there were no slits. At the front, I made a two pleats facing each other, bringing the trim to meet its neighbours.

I then made a similar pair of pleats at the back. I took up the rest of the fullness with four pleats – placed at front left and right in the middle of the brown and black parts of the bodice, and back left and right to match some existing seam lines.

Sewn together, this is how it looks:

The last step was to add an invisible zip at the side.

I wore this with a brown belt and sandals as you can see below. These pictures were taken at the Horniman Museum in South London. 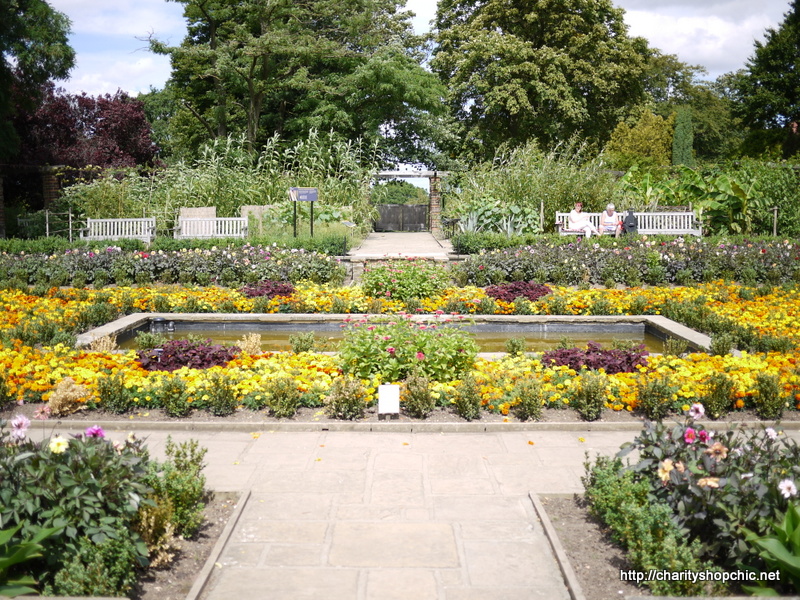 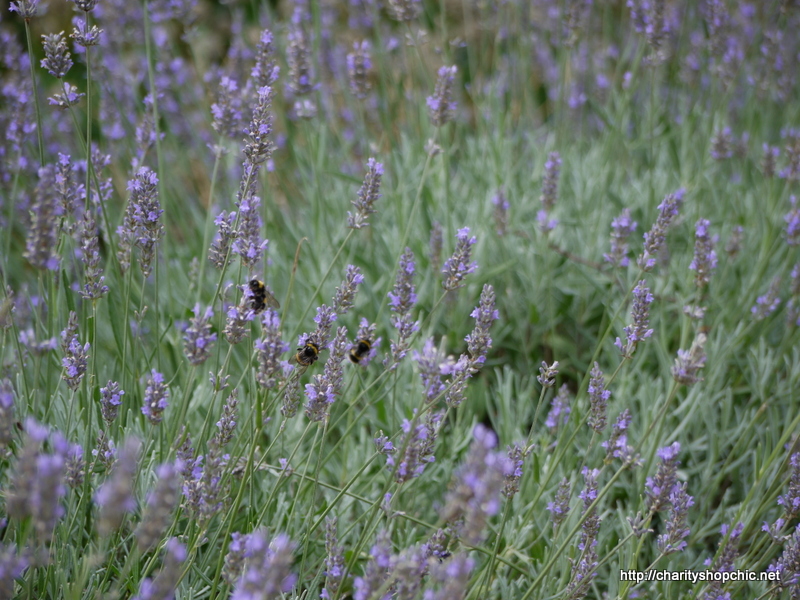